The Oxford Artisan Distillery, on the back of its heritage corn whisky bottling, recently announced the release of “The Graduate,” the fourth batch of is English rye whisky and the distillery’s largest bottling run to date.

Since they launched their first batch of Oxford Rye Whisky back in April with fast sales, each subsequent batch has garnered more fans and what’s described as critical praise for its flavor. This is part due to the fact the distillery only uses heritage organic grains grown both close to Oxford and on prestigious estates such as Highgrove and Sandringham.

Oxford Rye Whisky Batch #4 was bottled at the highest proof so far, 102.6 proof, and consists of 1,428 bottles. Harvested in 2017, the grain for this release was grown only seven miles from the distillery, in soft, sandy soil. 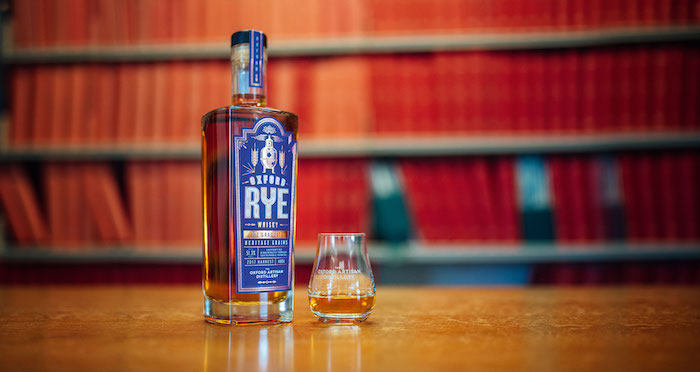 A statement from Oxford Artisan says that the distillery’s grain contributes to soil health in the English countryside, and is grown specifically for the distillery, making Oxford Artisan the only distillery in the world with a license to use these heritage grains, farmed exclusively for flavor and not yield.

Oxford’s Master Distiller Francisco Rosa said in a prepared statement, “For those who enjoyed our first whisky release, this is The Graduate. Similar in style but with older, bigger and bolder flavors and an acquired complexity.”

New Takamine Whiskey A Revival Of A 19th-Century American Experiment

Consisting of six casks, (numbers 25, 27, 28, 31, 33 and 36), this batch has been matured in a variety of American oak casks, from several different cooperages. The range of barrels, from different origins (and climates) to varying toast levels and sizes (both 130L and 225L), are all said to aid the complexity of the final product.

Explaining how the distillery’s intricate production techniques create the whisky’s flavor profile, Francisco said, “The grains bring herbal, floral, spicy and nutty notes, and the sandy soils they were grown in add a salty influence to the grain character. The fermentation in Hungarian oak vats brings fruit and boosts the lovely creamy notes. Our bespoke stills give espresso and toasted sourdough smokiness, and finally, it is the interaction with the casks, marrying all these flavour notes together, also adding sweetness, vanilla and toffee.”

Oxford Rye Whisky Batch #4 is priced at £95 and available in the United Kingdom and online.