It’s that most wonderful time of the year again, when the hotly anticipated Buffalo Trace Antique Collection is released and is promptly snapped up and sold for at least triple the price on the secondary market. This annual series of bourbon and rye whiskeys is made up of familiar brands aged for much longer than their regular counterparts, along with some that are uncut, unfiltered and bottled at barrel proof. There were some hiccups along the way this year, starting with the release being delayed by glass suppliers falling behind schedule, a challenge that other industries faced as well. The most recent development has caused some consternation amongst the whiskey fandom: Beloved bourbon George T. Stagg will not be included in this year’s collection, meaning there will be four BATC bottles instead of five.

Take a look at Twitter or Reddit and unsurprisingly you’ll find everything from shock to cynicism about what really happened here. Speculation from real and self-styled whiskey cognoscenti include accusations that Buffalo Trace is manufacturing scarcity, setting the table for a high-priced limited release, or perhaps have cut a nefarious deal with the Dark Bourbon Underlord that will all be revealed when the Whiskey Illuminati are positioned to reflect the first ray of dawn light on the winter solstice… Some people take this very seriously.

But the company line is that the 15-year-old barrels that would have been used for Stagg simply did not reach the level of quality determined by master distiller Harlen Wheatley and master blender and director of quality Drew Mayville. We spoke to Mayville to get some insight beyond the distillery’s prepared statements about what went down.

BATC was first released over two decades ago in 2000, and at the time consisted of just three whiskeys. Stagg joined the lineup a few years later, and according to Mayville it’s now by far the most popular of the entire collection, and certainly the whiskey that they have the most volume of. He said that excluding it this year was a decision based on commitment to quality and reputation, even though there will be a financial, and possibly reputational, toll. “It’s a rye bourbon that’s uncut and unfiltered, so you’re really getting the flavor profile of something that’s explosive on your palate,” said Mayville. “[We] still had the basics, but just diminished, it was not ready. We see this periodically when we do our single barrel sampling and quality testing. Not every barrel matches the taste profile you’d expect, so a lot of times we let them sit longer and it comes around, depending on where they are in the warehouse, etc.”

Mayville said that he and Wheatley start prepping the annual fall BATC release during the preceding spring, so he’s been sitting on this disappointing information for a few months now. If he was dealing with a larger release, like the flagship Buffalo Trace Bourbon, having some barrels that aren’t ready wouldn’t be an issue because of how many casks are married together. “But when you have this old of a product,” he said, “you can’t pick and choose what you want. To be honest, I could blend in younger whiskey, but I don’t think I’d get the results [we want], and we don’t want to diminish the quality of the product for our customers.” 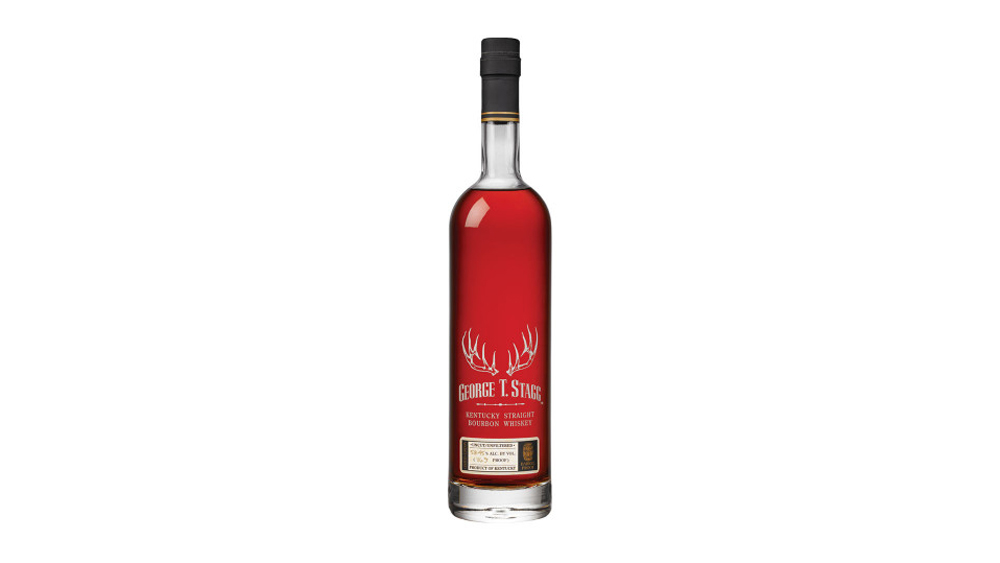 This doesn’t mean these barrels of Stagg will be turned into Bourbon Cream at the ripe, old age of 15 because of these quality control issues. Mayville said they will continue to monitor them to see how they progress, and will likely find a use for them in a different release. “There’s no critical defect, so it’s something you don’t throw away, it’s something you’ll watch and monitor,” he explained. “There are tricks we can use—we can move it into a warmer location or one with more airflow… to speed up the process.” When asked if these barrels could eventually become a part of Buffalo Trace’s Experimental Collection, a series of whiskeys that are given different barrel treatments or made with unique mash bills, Mayville humored the question. “You never say never here, let me tell you that,” he said. “But it’s not anticipated, I really believe [the whiskey is] gonna come around.”

The reality is that Buffalo Trace could have released this year’s George T. Stagg as is, and most people likely wouldn’t have noticed (if they even opened one of these bottles that are more likely to be sold flipped for a hefty sum). Sure, people compare BATC releases from year to year, and that is a fun exercise as some vintages are indeed better than others. But it seems unlikely most bourbon fans would be able to pinpoint exactly why this whiskey wasn’t fit to be released as this year’s George T. Stagg—unless, of course, there was really something drastically wrong with the liquid, which Mayville says was not the case. Regardless, Mayville and Wheatley saw excluding Stagg as the only unfortunate choice for this year. “I’ve been doing this for over 40 years, and every year it’s becoming increasingly evident that people are more sophisticated in their knowledge of how things are done,” he said. “There’s gonna be a portion of people that don’t care, but a lot of our fans understand a lot of what we do. They know we’re committed to bringing the best taste profile to them…  We’re disappointed that our fans aren’t getting what they expect, but at the same time quality is always at the forefront.”

Here’s what you will find in the 2021 BATC lineup. Suggested retail price is $99 per bottle, but expect to pay well beyond that if you find one. 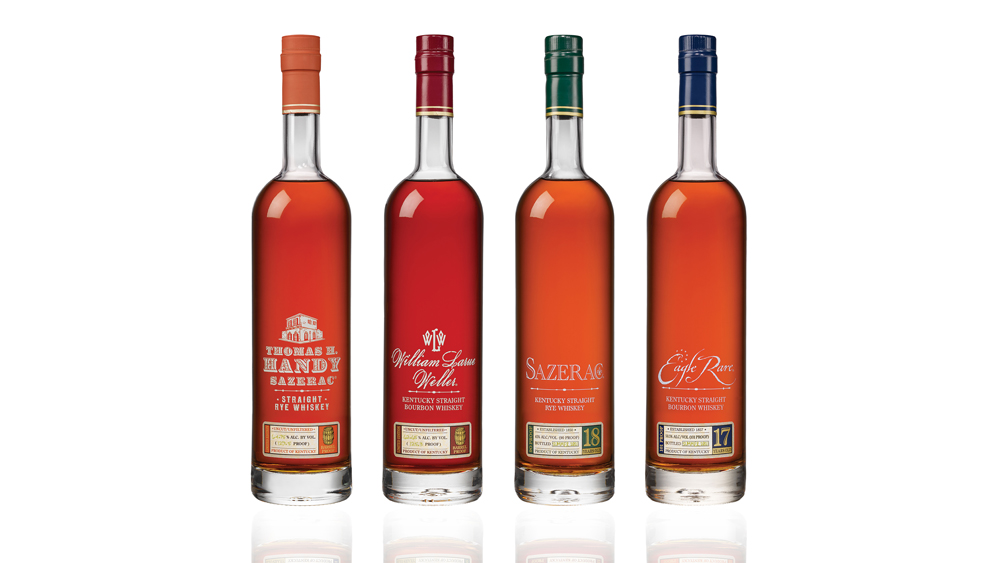 The four that do remain.

Eagle Rare 17 Year Old
Bourbon distilled in the spring of 2002; aged on the first floor of Warehouse P; bottled at 101 proof.

Sazerac Rye 18 Year Old
Rye whiskey distilled in spring of 2003; aged on the second and fourth floors of Warehouses K and P; bottled at 90 proof.