Back on shelves is Graverobber Unholy Rye, a limited-edition rye whiskey infused with maple syrup extracted from unmarked graveside maple trees on Great Hill Farm in New Hampshire. And it’s joined by Deerslayer Venison Whiskey, what they call a “viral spirit” infused with locally farmed venison.

Steven Grasse came up with these seasonal whiskeys, and you might know him as the boundary-pushing spirit behind Hendrick’s Gin and the revitalization of Narragansett. 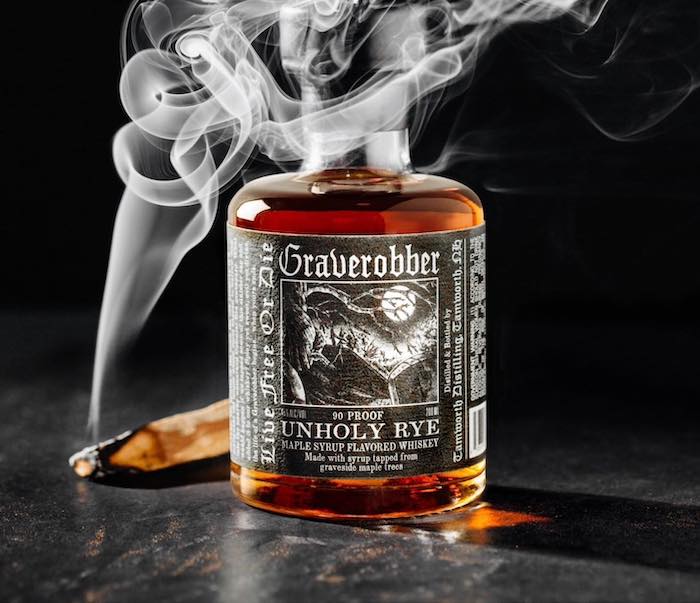 Graverobber Unholy Rye and Deerslayer Venison Whiskey are but two of the experimental musings by the distillers at Tamworth, showcasing ingredients traditionally not considered in the production of small-batch craft spirits.

“There’s few better ways to really dive in to spooky season than with Graverobber,” said Grasse, CEO and Founder of Tamworth Distilling and beverage branding agency Quaker City Mercantile, in a prepared statement. “It’s not just a wickedly delicious spirit, but it also tells a haunting story about tapping graveyard maples, a process that has long been feared for risk of disturbing the dead. And, I think the Deerslayer speaks for itself. Can you honestly say you’ve ever heard of someone drinking venison before?”

The essence of Graverobber Unholy Rye is that of the “underworld,” with a unique flavor profile that’s said to be sourced from a colonial era maple tree whose roots twist and grow throughout the unmarked gravesite of Great Hill Farm, located in rural New Hampshire. 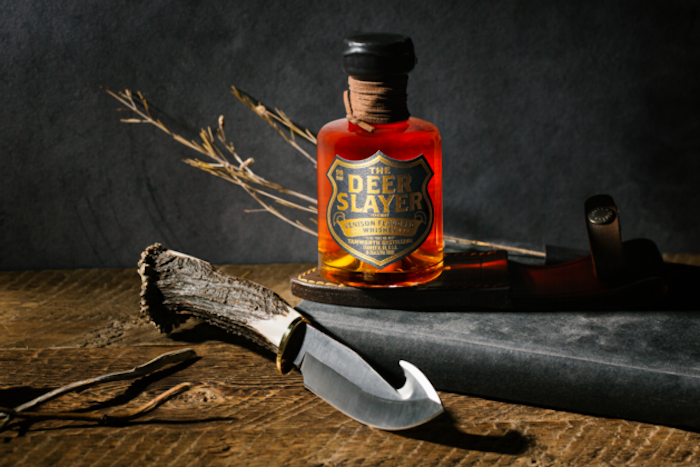 Tamworth distillers say the practice of tapping graveyard maple trees has long been feared for risk of disturbing the dead, according to New England lore, but that didn’t stop the team of foragers and distillers at Tamworth Distilling.

And just as interesting, the Deerslayer Venison Whiskey is a celebration of Tamworth Distilling’s core mission of wilderness to bottle, as it’s infused with real venison as well as other locally-sourced produce and ingredients.

The Deerslayer saw viral success upon its first launch during 2020, selling out almost immediately and being featured in dozens of publications and programs.

The distiller’s official tasting notes for the two whiskeys include:

Graverobber Unholy Rye and Deerslayer Venison Whiskey is available for national purchase online at Seelbachs.com. Additionally, the spirits are available for purchase and curbside pickup at the Art in the Age shop located in Philadelphia, as well on-site at Tamworth Distilling, located in Tamworth, New Hampshire.

Column: Will Artificially-Aged ‘Whiskeys’ Ever Catch On? It’s Happening Already