DELAWARE, Penn. — Heavy rain from a nor’easter brought flooding Wednesday to Shawnee on Delaware, with the river expected to crest in the moderate flood stage.

The Shawnee Inn and Golf Resort was experiencing flooding over much of its golf course, as was the entrance in and out of the Inn.

As of 11:45 a.m. Wednesday, the Delaware River at Tocks Island had climbed to 22 feet and was expected by the National Weather Service’s Advanced Hydrologic Prediction Service to crest at 23.1 feet, just into moderate flood stage, around 2 p.m.

That would be comparable to a crest of 23.21 feet after Hurricane Irene in August 2011.

Jonathan Kirkwood, executive director of the Shawnee Institute, was on site and said water had already made its way into the brewery building (previously the Pocono Ice Arena), but wasn’t expected to get to the Inn. He said it’s the usual “preparing and juggling things around when the river rises, and our third golf bridge to go out this year.” 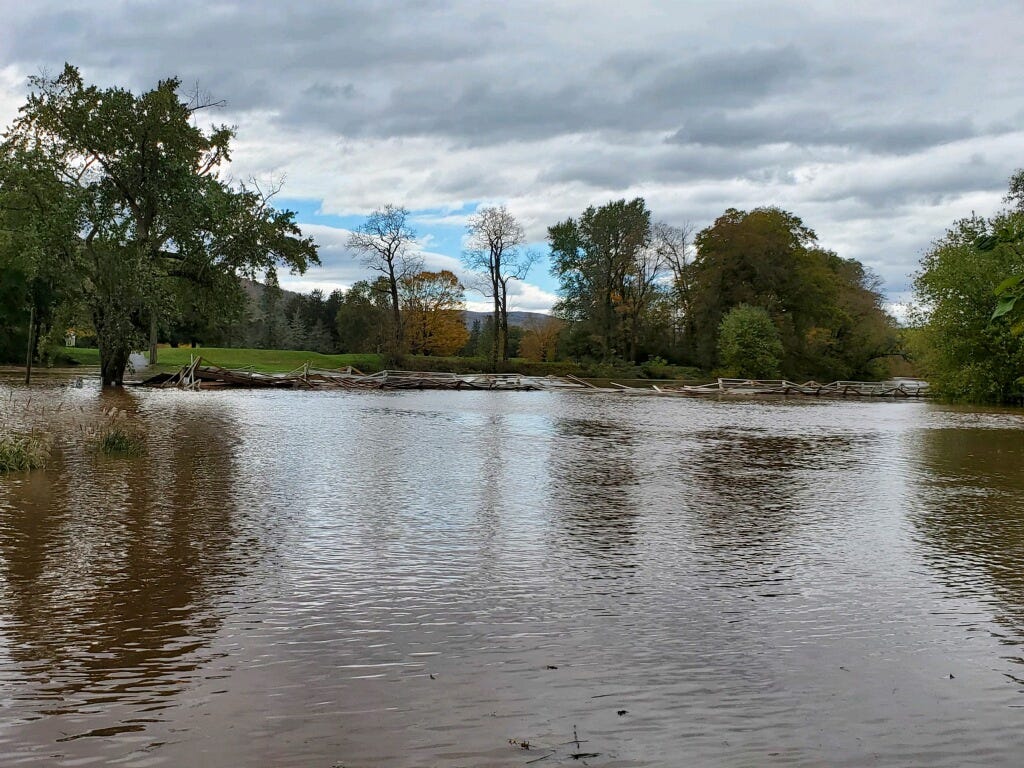