Ariana Grande, the pop star, has sold her contemporary home in the Hollywood Hills for a cool $14 million.

True to her principle of “thank u, next,” she has moved on from the massive mansion that she scooped up just over a year ago.

The swanky estate on a perch high above Sunset Strip in Los Angeles had languished on the market since it was completed in 2018. Three years ago, the brand-new home, in the exclusive neighborhood known as the Bird Streets, had initially been offered at a high-flying $25.5 million.

The quick flip means that the chart-topping singer basically broke even on her short stay. 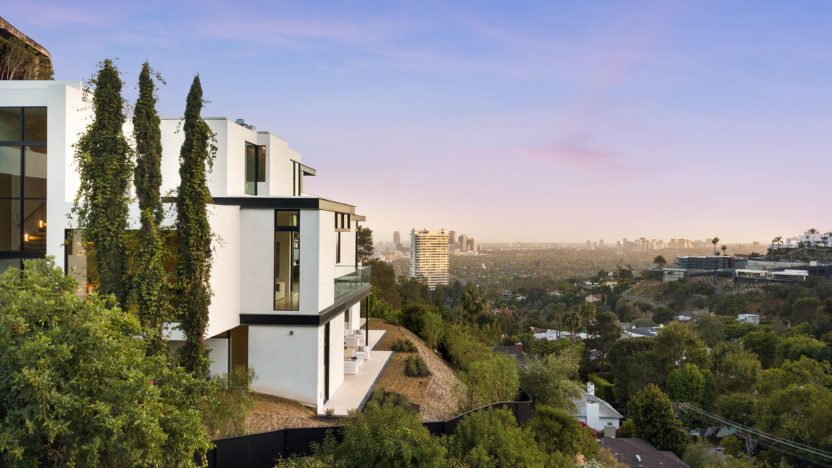 Photos and details have been whisked off the listing pages. But as per our previous reporting on the home, the sleek space hit all the right notes.

Set on a slope, the luxury estate features disappearing walls of glass, with city and ocean views. The boxy design is placed prominently over the hillside.

Highlights of the 10,000-square-foot spread include four bedrooms, seven bathrooms, a formal dining area, and an office. The stylish chef’s kitchen comes with a black granite island, brass-accented cabinets, and Miele appliances. The cooking area flows into an adjacent family room.

Pocket doors extend the living area out to the deck, where an infinity pool looks out on the vistas below.

Upstairs, the huge master suite spans the entire level. The retreat features a walk-in closet, lounges, a bathroom with dual vanities, a tub, and a separate glass shower.

Grande, 28, owns an adjacent piece of property. As we reported, she scooped up the $8.9 million parcel earlier this year in an off-market deal. At approximately a quarter-acre, it includes the original 748-square-foot cottage from 1953, plus a pool, patio, and drop-dead views.

The older abode, considered a possible teardown at the time, had in fact been refurbished, and it offers a more private hideaway, Dirt reported.

For weekend getaways, Grande and her husband, Dalton Gomez, a real estate agent, also own a vacation home in the exclusive enclave of Montecito, CA.

The superstar reportedly snapped up the Tudor-style manor known as Porter House for $6.7 million last spring from her fellow Montecito residents, talk show host Ellen DeGeneres and her wife, the actress Portia de Rossi, who are serial home flippers.

She joined other A-list celebs, including Oprah Winfrey, Meghan Markle, and Katy Perry, all of whom have snapped up homes in the coastal town.